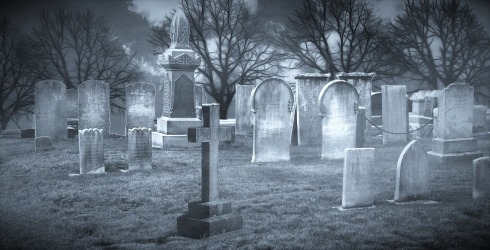 Photo by kalhh at Pixabay.com

She does a 280 character challenge weekly where she posts a prompt pic and encourages creativity. Please VISIT her site for an explaination of the rules. Please let her know if you’re participating also and if you could drop a line here too for us to follow, that would be fantastic. As for my entry… Here goes.

As the witching hour drew closer, he saw the headstones begin to glow with a preternatural light that he’d only seen once before. On the night of his own rebirth, 5yrs ago. Sod and dirt began to move. A boney hand reached up to take his. “Tag. It’s my turn now. Your time is up. ” (280 characters)

Good morning all you readers out there in WordPress land. I’ve been sickies most of the last 7 days but I am getting better with the help of green tea and adult libation. My goal is to once again start participating in weekly challenge posts such as the Friday Haiku Challenge, Six Word Saturday, and the like.

But I did want to throw out a post as well for having finished the second book in Riordan’s Heroes of Olympus series, The Son of Neptune, just last night. I did enjoy both it and The Lost Hero, and although they were good reads and enjoyable enough to read the whole 5 book series, I will not be doing so. At least for now. I only have the two books and most likely could get the other three from the library, for now I’ll be putting them down for more adult fare.

It’s Non-fiction November tomorrow and I’m introducing my initial picks for reading this coming month. I’m starting off with Erik Larson’s National Book Award Finalist The Devil in the White City to be followed by Simon Winchester’s Krakatoa.

I’ve read Larson’s Dead Wake about the sinking of the Lusitania and have his In the Garden of Beasts about a family in prewar Germany still unread on my shelf. I enjoy his writing, history telling and ability to make even the most dry and dusty facts sound like a fast-paced, action packed thriller.

Winchester is also one of my favs for his skill at opening up and explaining historical events and places with intelligent, insightful and gripping prose. I have several others by him that I’ve read and are still on my shelves. The first one I read by him and made me an instant fan of his writing was Korea – A Walk thru the Land of Miracles. Krakatoa is a book he did in 2003 shortly after the beginning of “The War on Terror” in 2001 and one my wife bought me for Christmas, yet I haven’t read yet. Sadly, I’ve read a couple of his others, as well as many other non-fiction books by other authors, since then. Now is as good a time as any to finally do the deed.

My hope is to finish these two books by the end of November and if I do, I’ll have a surprise book at the end to see if I can get to. What are you reading? Will you be reading only non-fiction this month? Why not have a go and share.

Sorry I haven’t been able to participate in the weekly posts over the weekend like I’d like to. And its prob gonna take a few more days to get the motivation back while I recover more from the flu.

Having finished just today The Lost Hero, I turn attention to the second book in the five book series The Heroes of Olympus by Rick Riordan of Percy Jackson fame, The Son of Neptune.

This is a series immediately following the Percy Jackson series and immediately preceding Riordan’s The Trials of Apollo. I’ve only read two other Young Adult Fiction series before. Last year I read both The Hunger Games Trilogy and the four book set of the Divergent Series.

Although the book and the writing is definitely intended for a much younger audience than yours truly, I still enjoyed Hero as is sets the stage for the series as a whole.

Greek Gods, and their Roman named counter identities, actually exist and have communication/concourse with the Real World we all experience. Their half-blooded human children called Demigods are are equally a reality as we learn of a growing plot to once again overthrow the Gods of Olympus and destroy the world of mortals.

Jason, a demigod named for THAT Jason, wakes up in a summer camp for teenaged demigods fashioned after their Greek God parentage only to find he has no idea who he is, why he’s there and with whole chunks of his memory and identity missing.

He learns thru the story that he has been one part of an exchange that’s been made to bring two sides together, not only Demigods and Gods, but also two different groups of Demigods, to prepare and fight a growing world threat to all sides.

Im just starting the second book The Son of Neptune named for the Percy Jackson of the first series before this one who it would seem is the second part of the exchange of the two camps of Demigods, designed to build a human bridge of trust, understanding and cooperation between factions separated purposely for centuries to maintain balance.

I did enjoy the first book, and i will probably enjoy the second, despite the series being written as children’s fiction. I think it’s an amazing way to teach kids about both Greek and Roman mythology and history and help them have a greater appreciation for classics that even most adults these days would rather ditch for the easier “I’ll just see the movie”. I’m game if the books are Good enough for this old guy. Good reading.

Good news though, we had our first participant check out Nan’s haiku for last week’s Repose.

—
The rules are simple:

What fun we’ll have. Why not join in? Here is mine for this week… The word is Sickies.

Crap, I have the flu

No story this week. No energy for it. 😦

Well, there is my try for today. Why not give it a try? Do your own post and drop a link or just comment below. Let’s do this!!

“The basket that feeds us all but everyone forgets about.”

Ryan stood there, shocked. It was true. He’d never see her again. Here’s bluest eyes. Her sweetest smile as he, once again, picked up her school books after she had to leave early for one doctor’s appointment or another. She was really gone.

No. She wasn’t really gone. Not as long as he remembered.

She does a 280 character challenge weekly where she posts a prompt pic and encourages creativity. Please VISIT her site for an explaination of the rules. Please let her know if you’re participating also and if you could drop a line here too for us to follow, that would be fantastic. As for my entry… Here goes.

“Whoa… How long have I been down?”. David, rubbing the crystals of sleep from his eyes, was starting to come out of the confusion of reentry. He’d just spent what seemed like a week inside machine world. Or was it more? “No, it can’t be”. But it was. The screen flashed, “2054”. (280 characters)

Hello all you readers and writers. I’m joining the Weekly HaiKu Challenge on Mondays led by Ronovan Writes. Go HERE for the instructions and how to particpate. This week’s Prompt words are Smoke and Water. Here I my entry for this week.

But I remember this song

Or do I really?

Summers by the lake

Memories of our youth spent.

Smoke on the Water.

Why not have a try? Do you post, drop a link at Ronovan’s and if you’d like to let me know also, that would be fantastic. 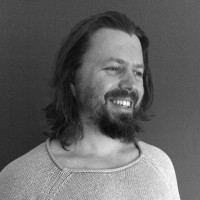 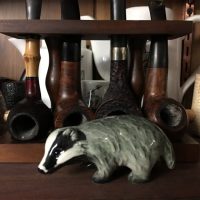 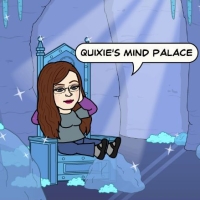 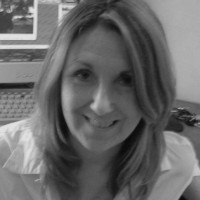 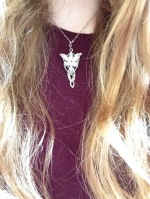